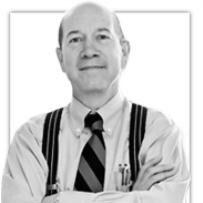 Ambassador Johnson became an adjunct member of the ASU faculty in the fall of 2020.  During the last decade of his 33-year service as a career diplomat, he served as Assistant Secretary of State for International Narcotics Control and Law Enforcement (INL), Charge’ at the United States Embassy in London, Afghan Coordinator for the United States, and United States Ambassador to the Organization for Security and Cooperation in Europe.

During the Clinton Administration, he was White House Deputy Press Secretary for Foreign Affairs and Spokesman for the National Security Council. He also served as the State Department’s Deputy Spokesman and Director of State’s Press Office; Consul General in Vancouver; Deputy Director of the Department's Operations Center; desk officer for Berlin, Austria, and Switzerland; at the U.S. Embassy in Berlin (East); and at the Consulate General in Ciudad Juarez. Before joining the Foreign Service, he was an Assistant National Trust Examiner with the Treasury Department's Comptroller of the Currency, specializing in banks’ trust, municipal finance, and portfolio investment activities.

Following his Foreign Service career, Ambassador Johnson served as Vice President for Strategic Development and Washington Operations at Janus Global Operations, an overseas contingency and munitions response firm, as a Senior Advisor at the Center for Strategic and International Studies (CSIS), and as a consultant for firms doing business in the U.S. and abroad. He is completing his second term as a member of the UN’s International Narcotics Control Board, where he helped the Board launch its innovative OPIOIDS and GRIDS programs, providing UN Member States with more effective tools to deal with the growing challenge of new psychoactive substances, dangerous fentanyl-related opioids, and the challenges from traffickers’ exploitation of legitimate global industries such as express courier services and business-to-business e-commerce platforms.

He earned a B.A. in economics from Emory University in 1976 and completed the course of study at Canada's National Defense College in 1990.