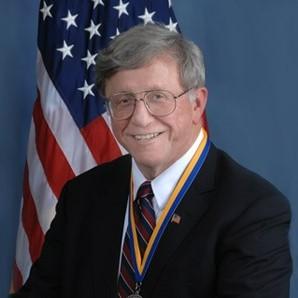 Commander of U.S. and Allied Bosnia Peace Keeping Forces in Sarajevo, Bosnia; (1993-96) Deputy Chief of Naval Operations for Resources, Warfare Requirements and Assessments; (1992-93) Commander of the U.S. Navy’s Sixth Fleet; and (1990-92) Senior Military Assistant to the Secretary of Defense. Admiral Lopez is one of just two flag officers in the history of the U.S. Navy who achieved four-star rank after direct commission from enlisted service.

Admiral Lopez after retirement directed three companies and served on numerous boards for public and private institutions. He is an alumnus of Potomac State College, West Virginia Institute of Technology and the U.S. Naval Postgraduate School. He holds a Bachelor’s of Art (cum laude) in International Relations and a Master’s of Science in Management. He has been awarded an Honorary Doctorate Degree in Humanities from West Virginia Institute of Technology and an Honorary Degree in Information Technology from Potomac State College of West Virginia University. In 2010 Admiral Lopez became the fifteenth member of the U.S. Naval Postgraduate School Hall of Fame.

Admiral Lopez served as CEO of Technology and Supply Management, LLC (TaSM) in Fairfax, VA from 2011 to 2017. He was formerly President of Information Manufacturing Corporation (IMC) in Vienna, VA from 2004 to 2008 and earlier the Chief Operating Officer of Brown and Root Services with offices in Arlington, VA; London, UK; and Canberra, Australia from 1999 until 2004. He currently serves on the Board of Trustees for the National Youth Science Foundation and the Lung Cancer Alliance. Some of his previous Boards include the Board of Trustees of the Center for Naval Analyses, the Board of Directors of Armed Forces Benefit Association and the Board of Governors of West Virginia University.